Twenty-one (21) Olympians have won 4 or more gold medals, while going undefeated at the Olympics, winning in every event in which they competed. The list is below but it deserves some closer examination.

First of all, it’s almost evenly divided – there are 10 women and 11 men on the list. But it is not evenly divided by Olympics, as only Canadian ice hockey player Caroline Ouellette has ever done this at the Winter Olympics, a feat she accomplished in Sochi with her fourth consecutive gold medal (with thanx to NBCOlympicTalk’s Nick Zaccardi for spotting this  – and inspiring this stat post) 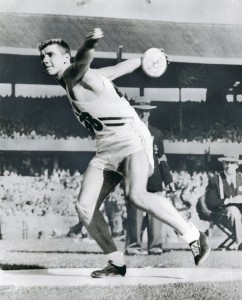 Topping the list is Ray Ewry, and you could quibble and say that that includes 1906, but even if we skip 1906, he tops the list with 8 gold medals in 8 events in which he competed – all standing jumps. 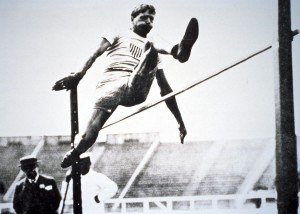 Next comes Otto and Hungarian fencer Kárpáti with their six gold medals, followed by two names on the list that you may not have suspected, who won five gold medals – American shooter Bud Fisher, who competed in 1920-24, and Russian synchro swimmer Anastasiya Davydova, who competed 2004-12.

Quite a list containing many of the greatest Olympians ever. Bob Barney, Canadian Olympic historian, likes to end some of his tributes to athletes or scholars, by stating, “All honor to his/her name.” In this case, no finer acclamation could be given, so I’ll borrow from Bob. All honor to their names.

5 thoughts on “The Undefeated Olympians”