Today we are concluding our series that looks into the last survivors of early Olympic Games. As a reminder, this data is based on the best of our knowledge; with so much missing information on athlete deaths, particularly from the early Games, it is possible that the last survivor died in obscurity, or without anyone realizing that they were the last one. Thus, as with all considerations regarding the Oldest Olympians, this information might change in the future. 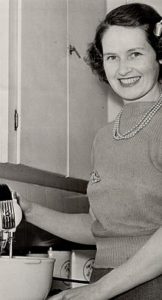 Cecil Smith, born September 14, 1908, won her first figure skating medals at the Canadian national championships in 1923, paving the way for her to become the first woman to represent her country at the Olympics when she made her debut at the 1924 Chamonix Games. There she was sixth in the singles and seventh in the pairs with Melville Rogers. She made a second appearance at the Winter Olympics in 1924 in St. Moritz, where she was fifth in the singles, but the highlight of her career came at the 1930 World Championships, where she won silver behind Norway’s Sonja Henie. Smith continued earning national medals through 1933, but then settled into private life. She died on November 9, 1997, at the age of 89 years, 56 days, which makes her the last surviving competitor that we could find from the 1924 Chamonix Olympics. With the relatively low number of participants at the Winter Games compared to the Summer ones (in 1924, for example, Chamonix had less than 10% of the competitors as Paris), it is likely that Smith was truly the last survivor, but there is also a lot of missing information from these Games as well, making it equally possible that a later survivor will be uncovered in the future. 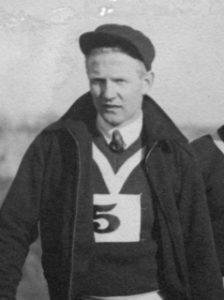 The case of Hans Kleppen, born March 16, 1907, is relatively well-known. He represented Norway in ski jumping at the 1928 St. Moritz Olympics, but fell and placed 36th, near the bottom of the list of finishers. He made up for this the following year, however, when he won a bronze medal at the World Championships. He was selected to represent his country once more at the 1932 Lake Placid Games, but only as a substitute, and he did not end up competing. A taxi driver and driving instructor by trade, he found considerable fame later in life due to his longevity, as he was for several years Norway’s oldest living Olympian at a time when the public had begun to pay attention to such distinctions. He died on April 12, 2009, at the age of 102 years, 27 days, which made him the last known competitor from the 1928 St. Moritz Games and, arguably, the final one from the sparsely-attended 1932 Lake Placid Olympics as well. The last survivor of the 1932 Games who actually participated, however, was British figure skater Cecilia Colledge, born November 28, 1920, who died April 12, 2008 at the age of 87 years, 136 days. That Colledge would hold this title is of little surprise: when she debuted in 1932 at the age of 11 years, 73 days, she became the youngest-ever Winter Olympian, a feat that has never been surpassed. 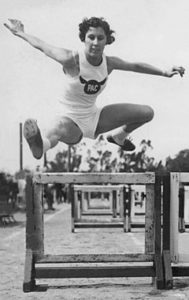 The 1932 Los Angeles Olympics, held in the middle of the Great Depression, was much more poorly attended than several previous iterations of the Games. Track athlete Simone Schaller, born August 22, 1912, was one of the competitors and she did fairly well, just missing the podium in the 80 metres hurdles in fourth. In the same event at the 1936 Berlin Games, she was eliminated in the semifinals. World War II then ended any chance that her career would continue, and she settled into private life, working at a California high school and not granting any interviews in her later years. Nonetheless, she was known to be alive and, when she died on October 20, 2016, at the age of 104 years, 59 days, she was noted as being the last survivor of the 1932 Los Angeles Games, as well as the oldest living Olympian overall. There was, however, still a survivor from an earlier edition of the Games. 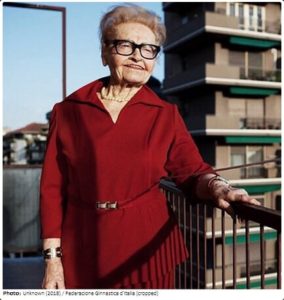 That distinction went to gymnast Carla Marangoni, born November 13, 1915, who had won a silver medal with the Italian team at the age of only 12 at the 1928 Amsterdam Olympics. This was the extent of her sporting career, however, and she later worked for the transportation department in her local Pavia. By the time of her 100th birthday, however, she was already known not only as the oldest living Italian Olympian, but as the last survivor of the 1928 Amsterdam Games. This was in stark contrast to her teammate Bianca Ambrosetti who, already ill with tuberculosis during the Games, died in 1929 at the age of only 15, making her the shortest-lived Olympic competitor. Marangoni, however, outlived even Schaller and, when she died on January 18, 2018, aged 102 years, 66 days, she had become the Olympian who lived the longest after her Olympic appearance.

Although we know of no living competitors from the 1936 Garmisch-Partenkirchen Olympics, it seems a little premature to declare a last survivor when there are still eight living participants from the 1936 Berlin Games. As it stands, however, the last survivor we known of from the Garmisch-Partenkirchen Games is Romanian figure skater Maria Popp, born November 18, 1919, who died August 21, 2015. Popp did not start in her event, however, which leaves Czech alpine skier Hilde Walterová, born February 21, 1915, who died April 19, 2013 at the age of 98 years, 57 days, the last surviving actual competitor. With that information, we conclude our series on the last survivors of early Olympic Games. We hope that you have enjoyed these posts, and that you will join us next week when we blog about a new topic!