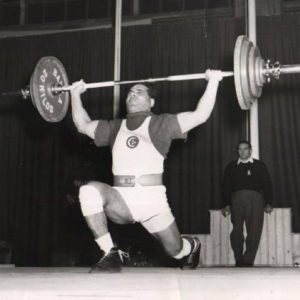 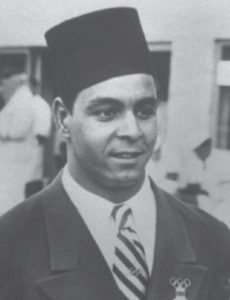 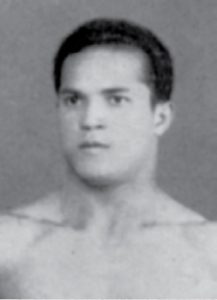 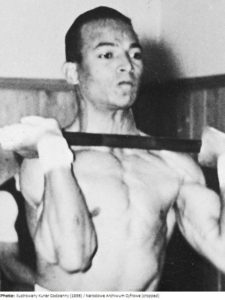 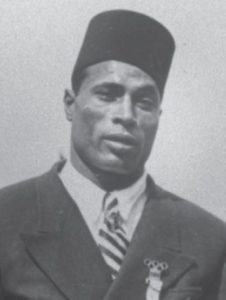 For our first Oldest Olympians blog post, we are talking about Egypt; specifically, Egypt’s Olympic medalists, which has been an area of focus for us here during our research in Cairo. Our inspiration for this post stemmed from a response we received when we posted about Mohamed Selim Zaki being the oldest living Egyptian Olympian. They contacted us to inquire about Saleh Soliman, born June 24, 1916, who won a silver medal in men’s featherweight weightlifting in 1936. The implication was that, surely, if an Olympic medalist had died, the world would know about it.

The unfortunate truth is, however, that almost no nation has a perfect record for keeping track of their Olympic medalists. We have already discussed, for example, Belgian Olympic champion Micheline Lannoy, as well as the Mohawk Indian lacrosse team from 1904. There are, however, many others like them. Just counting athletes that could potentially be alive, we have 13 silver medalists and 31 bronze medalists for whom we have no information about their living status, the majority of whom were born in the mid-1920s or later. For countries such as Japan, as we learned with Shunpei Uto, part of the problem might be the language barrier. For countries such as Canada or Switzerland, however, the issues are more complex, and perhaps we shall discuss them in another blog post.

We feel that Egypt, however, is a special case, because not only is there much missing information, but the information that is available is often contradicted in other sources. Therefore, we thought that it would be a good use of a blog post to clarify what is known and not known about the lifespans of Egypt’s Olympic medalists from 1928 through 1960, to collect all of our knowledge in one place, and to uncover the truth with definitive sources. Since there are many of them to discuss, however, this week we are going to look into the medalists from 1928. 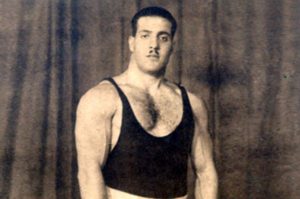 Sayed Nosseir – Olympic Champion in Light-Heavyweight Weightlifting: Egypt’s first Olympic champion has also proven, for us at least, one of the more frustrating individuals to uncover information about. Across the numerous biographies that have been written about him, we have seen years of death of 1973, 1974, and 1977, with some containing specific dates such as October 11, November 23, and November 28. We have even seen October 11, 1968, although this report liked conflated him with Ibrahim Moustafa (see below). Egypt’s largest national newspaper, Al-Ahram, does not contain an obituary for Nosseir in the sports section around any of these dates, although the issue is further muddled by the fact that this paper did not print a sports section for much of the latter quarter of 1973, due to regional conflicts. The most common information we see printed is that he died some time in 1974 at the age of 69, which, thanks to the fact that his date of birth is reported remarkably consistently as August 31, 1905, would suggest a date of death in the latter quarter of that year. We will continue to search. 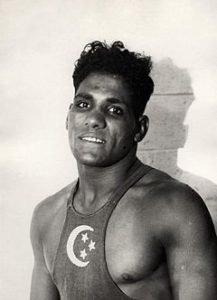 Ibrahim Moustafa – Olympic Champion in Light-Heavyweight Greco-Roman Wrestling: Despite being Egypt’s second Olympic champion, Moustafa received more attention in the media than Nosseir, probably due to the fact that he was more involved with national sport after his victory. Moustafa died while serving as national team coach at the 1968 Summer Olympics, with the date being seen as the 6th, 9th, and 11th of October. Thankfully, we found his obituary on the 10th of October, which states clearly that he died the day before and allows us to be certain about the correct date in this case. As for the date of birth, we see April 20 and September 23 of 1904, but September 23 was printed in his obituary.

Farid Simaika – Silver Medalist in 10m Platform Diving and Bronze Medalist in 3m Springboard Diving: Simaika’s unfortunate death during World War II has made him the Egyptian Olympic medalist about whom information is the most uniform. After becoming an American citizen in 1942, he joined the United States Army, serving during World War II. His plane crashed somewhere in Indonesia on September 11, 1943 and, while various accounts of exactly how he died have been told (everything from at the hands of the Japanese to the spears of tribal head-hunters), it has generally been agreed that he died on that day.

Due to concerns that the country was not being represented in the International Olympic Committee by an actual Egyptian (at the time it was represented by Angelos Bolanki who, although born in Alexandria, was of Greek ancestry), the national Olympic Committee of Egypt declined to participate in the 1932 Games. Therefore, next week we will look into Egypt’s medalists from the 1936 Summer Games held in Berlin, which was host to some of the nation’s greatest successes… and also some of its greatest mysteries! Finally, if you have any topics you would be interested to see covered here, let us know; we’re always open to requests!