Some time back, when noting the death of Nigerian track athlete Karim Olowu, we here at Oldest Olympians were discussing the longest-lived African Olympians. Based on some research that we have done in the interim, we believe that the distinction of longest-lived Olympian goes to South African marathoner Wally Hayward.

Hayward, born July 10, 1908, was already an established runner in his early 20s. In 1938, he earned his most notable international prize by taking bronze in the six-mile race at that year’s British Empire Games. It was after World War II, however, that he reached the pinnacle of his career. In 1952, he was selected to represent South Africa in the marathon at the Helsinki Olympics, where he finished 10th out of 66 starters. The following year, he won his country’s 90-kilometer Comrades Marathon for the fourth of five times and set world records at 50 and 100 miles, as well as the 24-hours race. He continued racing into his 80s, not stopping for good until 1989. A marathon in South Africa was named in his honor.

By career Hayward was an engineer and he served in that capacity during World War II, winning the British Empire Medal for bravery during the conflict. He died on April 27, 2006, at the age of 97 years, 291 days, making him the longest-lived African Olympian that we know about. For the sake of comparison, the current oldest living African Olympian is Mohamed Selim Zaki, born July 16, 1924, who recently turned 95. There is nothing mysterious about Hayward, but we did want to make a brief post about him here at Oldest Olympians, not only to tie up a loose end from an earlier post, but, as always, to celebrate the achievements of a distinguished sportsman and his contributions to the Olympic movement.

Today on Oldest Olympians, we wanted to take a quick peek at a sport that, at least in the English-speaking world, is little known, but has twice appeared at the Games as a demonstration event: Eisstockschießen, translated into English as ice stock sport. There are two main variants of the game, but the procedure is similar to curling in both instances: sliding a rock (in this case, known as an ice stock) across the ice towards a specific goal. In target shooting, the objective is to get as close to the target as possible. In distance shooting, the objective is to throw the ice stock as far as possible. It was played as a demonstration sport at both the 1936 and 1964 Winter Olympics.

As you might imagine, our interest lies primarily in the former tournament. Given the obscurity of the sport, at least in English-speaking countries, there is not a lot of information on most of the competitors, not even dates of birth. This means that the majority of the participants are listed on our list of “possibly living alternates and demonstration event competitors”. While we have been able to eliminate a handful of them as being still living, either based on precise information that we have found or dates of previous competition that are too early for them to still be alive, the possibility that some of these players are still with us is not outside the realm of possibility. In fact, there are well over 100 of them on our list, from three different countries: Austria, Czechoslovakia, and Germany.

In terms of why we are blogging about this, there is always the importance of  broadening the search for obscure information so that we may be able to find somehow who can help cross off a few names. There are, for example, some Olympic missing links. The website for Eisstock-Club Bad Reichenhall, for example, lists a Kaspar Knoll as being born on June 11, 1920 and dying on May 5, 2007. A Kaspar Knoll also participated in the 1936 Games for the same club, and while this might seem a bit young for an Olympian, the age range for this sport is quite large, just as it is in curling. On the other end of the age scale, the Olympian Matthäus Maucher might be this man, who died in 1957, both of whom have connections to Oberstdorf. We cannot even be certain of the spelling of names; a Helmut Müller-Leuthert supposedly participated in 1936 with Gießener Eisverein. Is he actually Helmut Müller-Leutert, an artist who was born and died in Giessen and lived from September 15, 1892 to December 5, 1973, who otherwise has no known connection to the sport?

More importantly, however, we wanted to shed some light on this obscure piece of Olympic history to remind our readers that there is nothing that we take for granted. It might seem unnecessary to keep track of demonstration sport competitors who are almost certainly deceased, but we find it important to perform our due diligence in this regard and stand behind the accuracy of our data. An individual’s contribution to the Olympic movement, no matter how small, is always worth noting, particularly if they are a living link to an almost forgotten past.

Today Oldest Olympians is taking a look at Japan. Despite having a reputation as a country for longevity, as well as a lengthy and prolific history at the Olympics, we have been able to identify only one definite centenarian among their Olympians: Seibo Kitamura, an art competitor at the 1932 Los Angles Games. We wanted, therefore, to take a closer look at some of Japan’s oldest Olympians.

(Uto, pictured on the right, on the Olympic podium)

The first case that might come to mind is that of Shunpei Uto, born December 1, 1918, who won two swimming medals for Japan at the 1936 Berlin Olympics. In the 400 metres freestyle he took silver, while in the 1500 metres freestyle he earned bronze. Until recently, we listed him as not only among our oldest Olympians, but also as Japan’s first centenarian Olympian in a physical sport. Unfortunately, however, we learned from journalist Ayako Oikawa, who undertook much research on this subject, that Uto had actually died several years ago, sometime in the 2010s, and never reached the age of 100.

(Shibata, pictured on the left, at a ceremony of the Olympians Association of Japan)

Once we learned this, our next idea was to see if anyone had been named as Japan’s oldest Olympian recently. While this distinction can sometimes be misapplied, it is often an excellent departure point for further research. The last title-holder that we were able to find, however, was from back in 2006, when the media covered Umetaro Shibata, a rower who took part in the coxed fours event at the 1932 Los Angles Games. His age varied across several reports, and we do not have even a year of birth for him in our database, but he was born c. 1909 and was in his mid-to-late 90s at the time. We could not find any updates beyond 2006 and, while he is certainly deceased by now, it remains an open question as to whether or not he reached the age of 100.

Finally, we come to our latest candidate, track athlete Etsuko Komiya, who represented Japan in the 100 metres event at the 1936 Berlin Games. Komiya was born on October 27, 1919 and would therefore have turned 100 recently if still alive, but unfortunately the last update we have on her is from 2012. With no evidence of her death, we have listed her tentatively as alive, but she will be removed from our lists on her 101st birthday if there are no further updates.

Unless and until Komiya is confirmed as having reached the age of 100, therefore, Seibo Kitamura, born December 16, 1884, will remain Japan’s lone centenarian Olympian. Kitamura, who took part in the sculpture contest at the 1932 Los Angles Games, is best known as the creator of the Peace Statue in Nagasaki’s Peace Park, a commemoration of the 1945 atomic bombing of that city during World War II. He died on March 4, 1987, at the age of 102 years, 78 days.

Finally, we wanted to end with two updates to previous cases. Thanks to his children, we have been able to confirm that the Morgan Plumb whom we profiled earlier this year was indeed the Canadian Olympic wrestler. We also want to thank Sven Buren, who found an article confirming that French bronze medal-winning cyclist Claude Rouer was still alive in 2017 and therefore among the oldest living Olympians. We are always grateful to those who take the time out to help us solve Olympic mysteries! 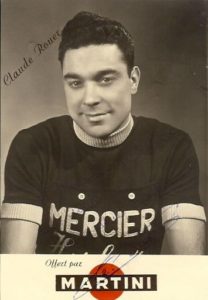 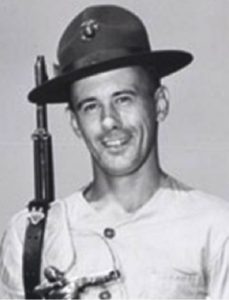