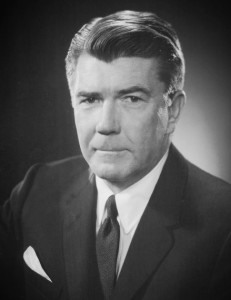 Paul Austin attended Harvard where he rowed on the crew team, and later attended Harvard Law School. His Harvard coach once commented, “If you wanted to beat Paul Austin, you’d have to kill him.” After World War II, where he served in the Navy and commanded a PT boat as a lieutenant-commander, he returned to his native Atlanta, and joined The Coca-Cola Company, having been recruited by the legendary Coke chairman, Robert Woodruff. Woodruff groomed Austin as his successor. He became the 10th president of Coca-Cola in 1962, and took over as Chairman and CEO of Coca-Cola in 1966, staying in that role thru 1980. Under his tenure, Coke enjoyed 15 consecutive years of market value growth, and he was considered instrumental in expanding its international presence. He also served for a time in the 1970s as Chairman of the Board of Directors of the PGA Tour.