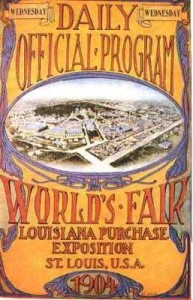 From Indianapolis, Max Emmerich competed in two sports at the 1904 Olympics. Besides the gymnastics events he entered the all-around competition in track & field. At that sport, however, his participation lasted only a few seconds; as in the first event – the 100 yard dash – he pulled up lame after only a few yards. Emmerich won the triathlon in the gymnastics program, but it was really a track & field competition. It consisted of the 100 yard dash, long jump, and shot put, and was a part of the 12 event all-around competition.

In 1909 Emmerich, a bank clerk at the Capitol National Bank in Indianapolis, suddenly disappeared. Suspicious bank officials examined his accounts and brought in the Pinkerton Detective Agency when it became apparent that fraudulent transactions had taken place. Emmerich was tracked by a Pinkerton detective to a motel in Jacksonville, Florida, from where he was about to leave for South America, arrested and returned to Indiana. Emmerich, fellow Olympian Harry Prinzler and another conspirator were each sentenced to five years in prison for embezzling $40,000. When released in 1913 he returned to accountancy.