Today we bring you the final part of our attempt to clarify the biographical details of the lives of Egypt’s Olympic medalists and are focusing on the 1952 and 1960 Summer Games. After participating in Helsinki, Egypt boycotted the 1956 Olympics in protest of the Suez War, although it sent competitors to the equestrian events, which were held several months prior to the Games due to Australian quarantine restrictions. It then competed in the next three editions as the “United Arab Republic”, due to its political union with Syria, although by 1964 Syria had left the union and in 1960 there is no evidence that any Syrians actually competed in the Games. After earning two medals in 1960, Egypt would only see the podium once more prior to 2004, at which point sport was sufficiently globalized and covered in the media to pre-empt any mysteries surrounding Olympic medalists. Even by 1960 the situation had improved greatly, although there is still a little worth discussing. 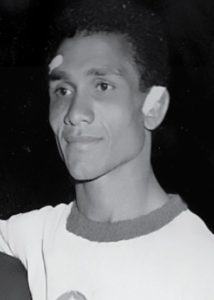 Abdel Aal Rashid – Bronze medalist in Featherweight Greco-Roman Wrestling, 1952: Egypt’s only medalist at the 1952 Summer Olympics was Abdel Aal Rashid, who won a bronze medal in Greco-Roman wrestling’s featherweight division. As this was his only major international podium finish, there is very little additional information on him available. We uncovered an interview he gave to Al-Ahram after the Games, which confirms his commonly-seen date of birth of December 27, 1927 and gives us a little history of his life, including the fact that he was born and raised in Alexandria. After that, we have been unable to uncover any significant trace of him, or even been able to ascertain whether or not he is still alive (which is certainly within the realm of possibility at the age of 90) as one of the oldest Olympians. 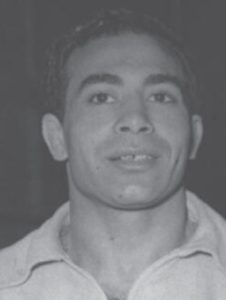 Osman El-Sayed – Silver medalist in Flyweight Greco-Roman Wrestling, 1960: Osman El-Sayed had won a silver medal at the 1955 Mediterranean Games, so he was a little more well-known when he reached the podium at the 1960 Games in flyweight Greco-Roman wrestling. Different sources list his place of birth as either Cairo or Alexandria but, based on the evidence we have seen, we feel that the latter is most likely correct. One difficulty in finding information about him, as we later discovered, was that in Arabic he went by the name “Eid Osman”, which is a common phrase in the language and can be difficult to search for. We were able to find out, however, that he died on April 21, 2013, unfortunately with limited fanfare, despite some sources that continue to list him as still alive. 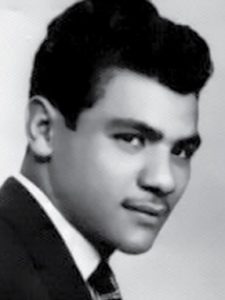 Abdel Moneim El-Gindy – Bronze medalist in Flyweight Boxing, 1960: Like Osman El-Sayed, Abdel Moneim El-Gindy entered the 1960 Summer Olympics as a known entity, having won gold at the 1959 Mediterranean Games. Of the era’s three medalists, he was probably the most well-known, and the only point of contention is his date of birth: some sources lists June 12, 1936, while others mention December 1936, making it likely that some of these have simply reversed the correct date order (12-6-1936 vs. 6-12-1936). While we are working to clarify this point, we do know that he died March 17, 2011, although unfortunately this coincided with the tumultuous Egyptian Revolution of that year, and thus his death gained less attention than it might have otherwise.

In 1984, Mohamed Ali Rashwan took silver in judo’s open class, which was Egypt’s only Olympic medal between 1960 and its successes at the 2004 Games. From this point on, the nation’s Olympic medalists received the historical attention that they deserved, which means that our job is complete. Of course, we will keep researching and utilizing our contacts to uncover the information that is missing but, in the meantime, it is time to move on to a new topic. Next week we are going to turn to Canada and focus more on our eponymous topic of the oldest Olympians. Canada is a nation that has had three Olympians reach the age of 99 but, to our knowledge, none that have made it to 100. We’ll be taking a looking at these three and featuring the stories of their lives, so we hope you’ll join us!