Richard Schoemaker studied at the Royal Netherlands Military Academy, beginning there as a cadet in 1905. In the year he graduated he competed at the Olympic Games in London. Schoemaker then left for the Dutch East Indies as a second lieutenant, being promoted to captain 1915. He left the Army just after World War I, and became a professor of constructional engineering at the Technical Academy in Bandoeng, before returning to the Netherlands where he served as a professor of architecture on the faculty of bouwkunde (architecture/structural engineering) at the Technical University in Delft. He continued as a reserve major in the Army and over the next 20 years helped design and construct several Army barracks. Schoemaker’s brother, Wolff, was a noted Dutch architect often called the Frank Lloyd Wright of Indonesia. 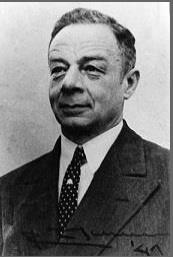 At the start of World War II Schoemaker was called to serve with the Technical Corps of Engineering but was not involved in combat. After the Dutch Army surrendered to the Germans he joined the Dutch Underground, later becoming part of the Ordedienst (OD), a fusion of several underground groups. On 2 May 1941 Schoemaker was arrested after being found to be a member of the OD. He and several other OD members were kept in the state prison in Scheveningen, later called the Oranjehotel. In March-April 1942 Schoemaker and many of his compatriots were tried in Amersfoort, and all were found guilty, with the sentence being death.

On 1 May 1942 the convicted OD members, among whom was included Pierre Versteegh, a Dutch equestrian Olympian, were taken by train to Oranienburg, near Berlin, and then transported by truck to the Sachsenhausen Concentration Camp. On 3 May 1942 all of the convicts were executed by firing squad, in groups of 12 each. Richard Schoemaker was among them. On 3 May 1946 a monument was erected in the Netherlands in the group’s honor. Schoemaker posthumously was given the Resistance Cross for his efforts.

One thought on “Richard Schoemaker”