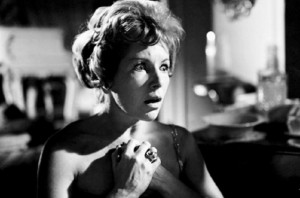 As a teenager Nadia Boudesoque became a model for a fashion house in Paris. She later met Mexican colonel Antonio Haro (Oliva), who was stationed in Paris, and they married, with Boudesoque returning to Mexico. She continued to fence for sport, but after the 1948 London Olympics, where she represented Mexico, Boudesoque became an actress. She acted under the name Nadia Haro Oliva, appearing in multiple films in Mexico in the 1950s and 60s, notably “Misterios de la magia negra” (1957) and “El ángel exterminador” (1962). In the 1970s and 80s she turned more to acting on stage and television. She and her husband also owned and operated the Teatro Arlequín. Nadia Haro Oliva retired from acting after suffering a fall in 2004.