When the IOC was founded in 1894, Pierre de Coubertin was 31 years old. This fit in well with the other 14 IOC members, of which the average age was just under 40, and the mean age 34.5 years. 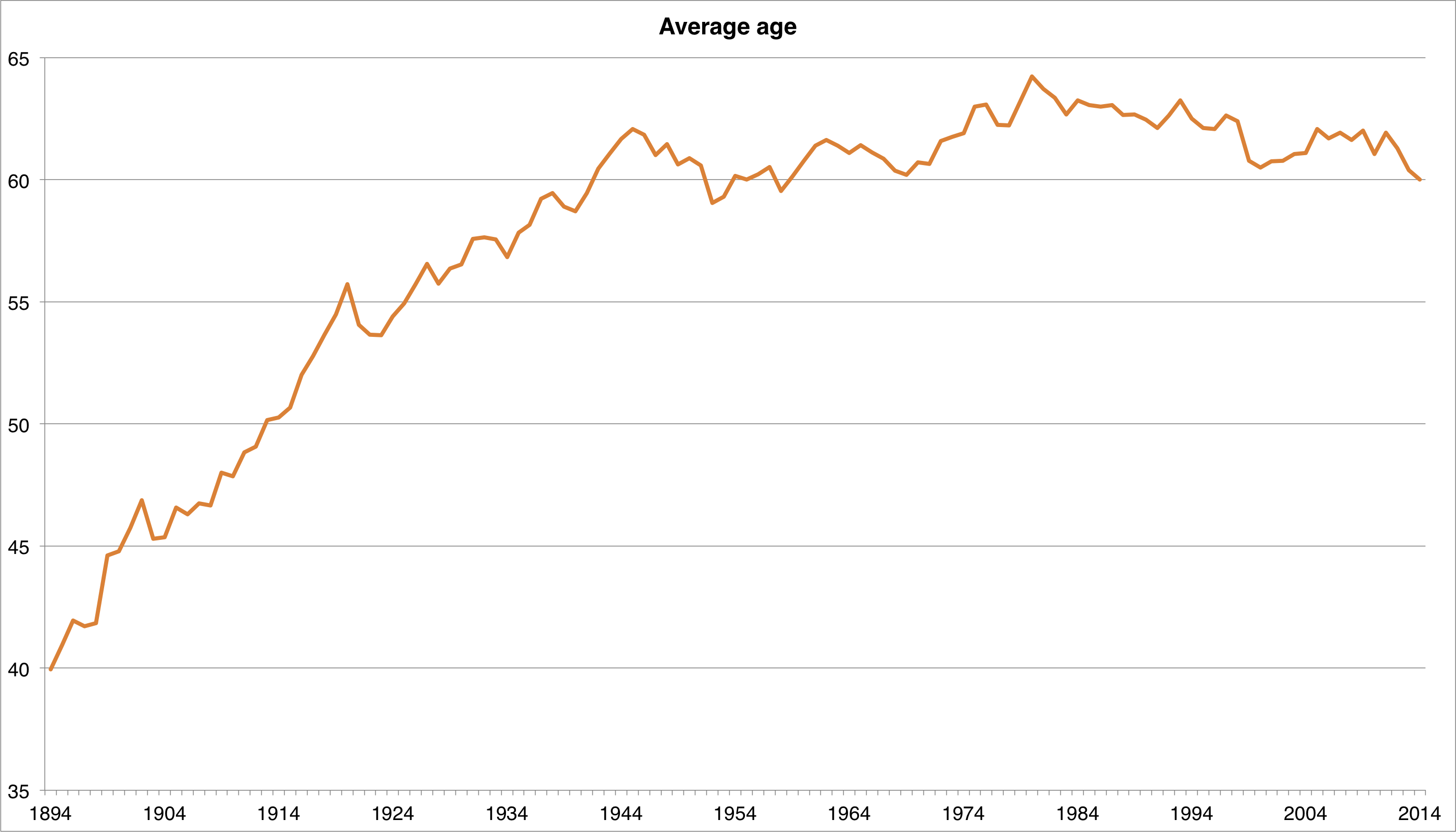 The average age of IOC members since 1894.

Then, the bribery scandal surrounding the election of the Salt Lake City Winter Olympics became public. In the aftermath of the scandal, the IOC decided to ban several members, establish an age limit of 70 for new members (and 80 for existing ones as of 1999) and add a group of athletes members. These measures increased the number of young members to 13, and lowered the average age noticeably. Currently, the average age is set to drop below 60 for the first time since 1958. A further drop is to be expected, as still 29 members over 70 are in the IOC, but that number is decreasing. By adopting recommendation 37, it is possible that the average age goes back up again, which hopefully is not a goal of the IOC 2020 plans.

João Havelange was one of the all-time oldest IOC members when he resigned in 2011 at age 95.

Looking at gender equality, which the IOC hopes to achieve in female participation and through mixed events, the IOC still has some way to go to achieve gender equality among its members. It wasn’t until 1981 that the first women joined the IOC. Since then, the number of women has risen slowly, and currently they make up less than a quarter of its members. Of these, a significant percentage are athlete members, which are typically only a member for one or two Olympiads. 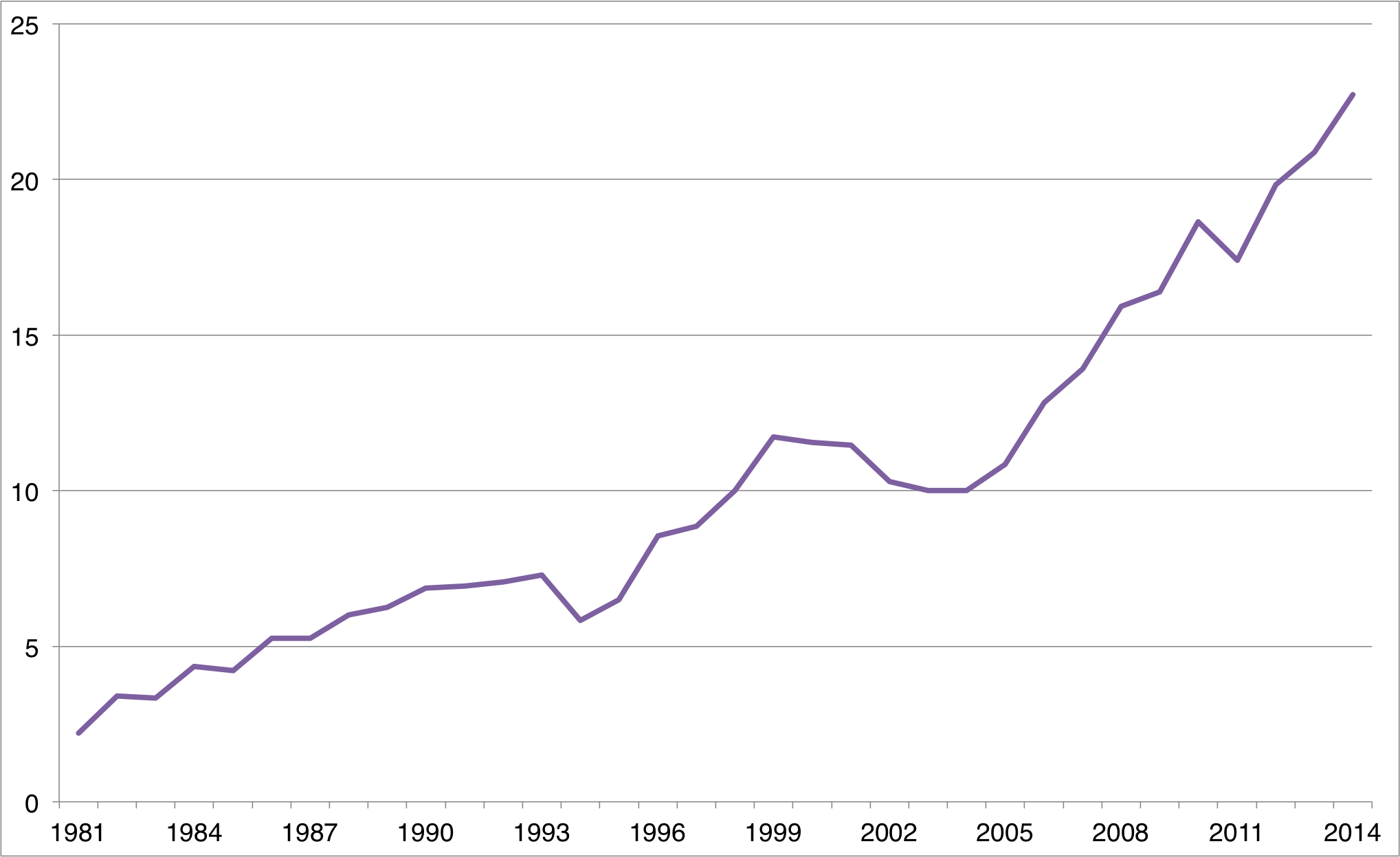 The percentage of female IOC members since 1981.

So, besides stimulating female athletes, the IOC would do well to also stimulate women taking up administrative positions in sports. Or will that have to wait for Agenda 2030?

IOC vice-president Nawal El-Moutawakel (a former hurdles champion) is the highest ranked women in the IOC at the moment.

One thought on “The IOC still consists mostly of grey-haired men, but is changing slowly”