Today we are going to continue our look into the last survivors of early Olympic Games. As a reminder, this data is based on the best of our knowledge; with so much missing information on athlete deaths, particularly from the early Games, it is possible that the last survivor died in obscurity, or without anyone realizing that they were the last one. Thus, as with all considerations regarding the Oldest Olympians, this information might change in the future. 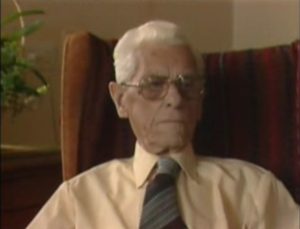 Willem Winkelman, born July 14, 1887, represented the Netherlands in two track events at the 1908 London Olympics. He was eliminated in the opening round of the 3,500 metres walk (the only time this event was held at the Games) and gave up part way through his heat of the 10-mile walk (another event held only in 1908). Winkelman recalled that, at the time, sport was not taken seriously where he was from and thus the 1908 Olympics were the pinnacle of his career. Nonetheless, by the time of his death on July 1, 1990, at the age of 102 years, 352 days, the importance of international sport was well-cemented into the fabric of global life. Thus Winkelman was recognized widely for his longevity and connection to the early Olympics and, in almost 30 years, no one else has been discovered that can claim the mantle of last survivor of the 1908 London Games.

Jalmari Kivenheimo, born September 25, 1889, was a member of the Finnish gymnastics squad that won the silver medal in the free system team all-around event at the 1912 Stockholm Olympics (other events in 1912 required competitors to use either the European or Swedish systems). This was his only major international competition, and he later earned a PhD in botany and worked as a teacher. By the time of his death on October 29, 1994, at the age of 105 years, 34 days, he was acknowledged in an English-language bulletin as the oldest living Olympian, the last survivor of the 1912 Stockholm Games, and the longest-lived Olympic medalist ever. Almost 25 years later, he still holds that latter distinction, and it was only as of today, when John Lysak reached the age of 105 years, 35 days, that Kivenheimo has dropped from the list of the top five longest-lived Olympians of all-time.

Aileen Riggin, born May 2, 1906, was perhaps the first of the last survivors who was well-known for reasons other than her longevity. At the age of 14, she won the springboard diving event for the United States at the 1920 Antwerp Olympics, also placing fifth in the plain high competition. She returned in 1924 and took silver in the springboard, as well as bronze in the 100 metres backstroke swimming tournament. She then had a successful career as an aquatic professional, performing in exhibitions and appearing in films, before changing careers and working as a journalist. She was made a member of the International Swimming Hall of Fame in 1967. Although she died at the age of “only” 96 years, 170 days on October 19, 2002, we have been unable to locate another candidate for the last survivor of the 1920 Antwerp Games, although it is certainly possible, given how much data on this edition we are missing, that another contender will emerge in the future. 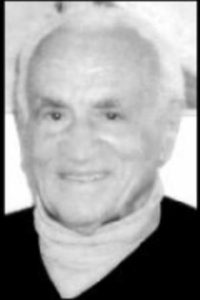 (Pavelić, pictured in his obituary in The Daily Greenwich)

The Olympic career of Ivo Pavelić, born February 10, 1908, was brief: he represented Yugoslavia in the 200 metres breaststroke event at the 1924 Paris Games and was eliminated in the opening round. He was more successful as a footballer, making several appearances with the national team between 1927 and 1930 and winning the national championship in the latter year. By career he was a lawyer who moved to Switzerland during World War II, but he became a businessman in Greenwich, Connecticut after the conflict. Due to his brief Olympic appearance, and the fact that he emigrated to the United States, it came as a surprise in 2011 that he had still been alive and died on February 22 at the age of 103 years, 12 days, making him the last known living survivor of the 1924 Paris Olympics.

Pavelić’s death begins our personal experience with last living survivors of the Games, as discussion surrounding his obituary was the first time that we at Oldest Olympians had encountered the concept, and thus it seems like a good place to stop for today. Next week, our final part of this series will examine the 1928 and 1932 Summer Olympics, as well look into the Winter Games. We hope that you will join us!