With the new year well underway, we here at Oldest Olympians felt that it was time to review those Olympians whom we believe to be still alive, but may have died unnoticed over the past year. As always, we begin with those whose last confirmation of being alive is the furthest away; in this case, three individuals who were last verified living in 2008, or over 10 years ago. Should no updated confirmation be forthcoming, we would have to remove them from our main table, and thus we decided it was best to dedicate a blog entry to them in the hopes of uncovering whether or not they are still with us. 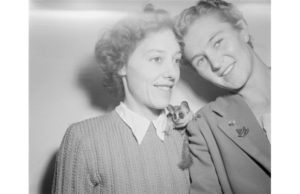 (Pictured on the left at the archives of Canada.com)

Edna Maskell, born April 13, 1928, represented South Africa in the 100 metres sprint and the 80 metres hurdles at the 1952 Helsinki Olympics, and was eliminated in the second round of both events, as she was recovering from an appendix operation. She had far more success representing Northern Rhodesia at the 1954 British Empire and Commonwealth Games, however, winning the 80 metres hurdles and coming in third in the 100 yards dash. She retired from active competition shortly thereafter to live a quiet life on a farm and, although a magazine did a feature on her for her 80th birthday, we have not heard anything about her since. 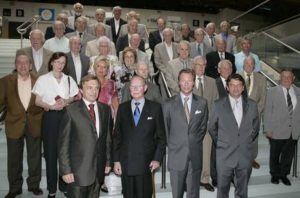 That is it for this week, but we hope that you will join us next time as we continue to blog about Olympic mysteries and explore the caveats and questions that are raised when building the most definitive list possible of the world’s oldest Olympians!